Posted by ICYDOCK at 2:27 PM No comments:

"Solid-state drives have revolutionized the PC storage industry. Their wicked-fast access times deliver a palpable improvement in overall system responsiveness, and prices have fallen enough to make decent-sized drives affordable for all. There's just one catch: due to the nature of flash memory, SSDs have limited endurance.

For one of the SSDs, the first signs of weakness appeared when we polled the field after 100TB of writes. The SMART attributes of our Samsung 840 Series 250GB SSD revealed 11 reallocated sectors—bad blocks, in other words. Since the 840 Series' three-bit TLC NAND has lower write endurance than the two-bit MLC flash typically found in consumer-grade SSDs, we weren't surprised that it was the first to exhibit failures. All of our other candidates use MLC flash."

"SSDs offer enormous benefits over traditional spinning discs. They’re up to an order of magnitude faster in certain operations, weigh less, and consume less power under load. They’ve become increasingly popular with enthusiasts and mainstream customers alike — but a report from the 11th Usenix Conference on File and Storage Technologies (FAST 13), given early this year, suggests most models have a fundamental problem with sudden power loss. While the paper came out in mid-February, I only recently came across it, after a reader asked if I’d look into a rather puzzling recovery program recommended by Crucial for its M4 SSD line."

To read more on ExtremeTech: Full Story
Posted by ICYDOCK at 11:32 AM No comments:

"A research team out of the Netherlands has produced a storage medium that can last a million years. Standard magnetic disk drive storage, which was introduced nearly 70 years ago by IBM, has improved significantly over the years in many ways, but the duration in which the data can be stored largely remained the same. Current disk drives offer about a decade of reliable data storage. "

"It sounds like a pipe dream, but for those who have followed the industry, you'll know that we've been dreaming about multi-terabyte hard drives for quite some time and capacities up to 4TB exist today. Prototypes have already made the rounds once or twice, but TDK has a new project that could enable 40TB hard drives by 2020. That's right, folks: 40TB on a single drive. At once, all of your archiving problems would be solved... until you outgrew even that, of course.
Presently, HDD recording density is boosted by the use of a technology called "high magnetic coercivity," but as you could probably guess from the lack of true increases recently, that's about at its limit. TDK's approach involves a heat-assisted recording technology. According to the company, in the new system "the coercivity of the medium, or the amount of reverse magnetic field required to change the value of the stored data, is temporarily reduced by heating it with a laser, which enables writing. As a result, the recording density is further increased." 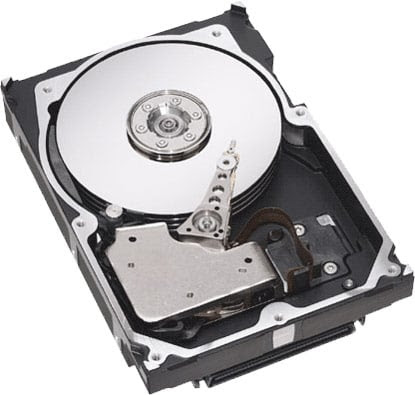 Link to the entire Article: TDK Develops Hard Drive Technology Capable Of 40TB Capacity
Posted by ICYDOCK at 10:56 AM No comments:

"Toshiba’s Digital Products Division (DPD), has announced the Toshiba Q-series Pro solid-state drives. The new drives will serve high-performance desktops and laptops and will replace previous-generation Q-series SSDs. Keeping in mind that performance of modern solid-state is very close to limitations of Serial ATA-6Gb/s interface, it is illogical to expect Q-series Pro to be significantly faster its predecessor.

Toshiba did not reveal any technical details about the new Q-series Pro solid-state drives, but said they will be available in 128GB, 256GB, and 512GB capacities. Moreover, the company even did not indicate how much faster the Q Pro is compared to Q family of drives."

Link to the entire Article: Toshiba Unveils Q-Series Pro SSDs with New-Generation NAND Flash Memory.
Posted by ICYDOCK at 11:56 AM No comments:

"WD has announced updates across the WD Black line of high-performance 7,200 RPM 3.5-inch hard drives. The WD Black family is available in capacities from 1TB to 4TB and is engineered for applications such as workstations, gaming PCs, and all-in-one devices that benefit from higher performance and high capacity. The refreshed drives feature model numbers in the format of WD(#)003FZEX where the third digit represents the capacity in terabytes.

According to WD, design improvements made possible through the company’s dual core processor technology have resulted in performance increases that range from a 26% increase for the 1TB drive up to a 48% increase for the 4TB model. WD has also added a new high resolution controller that doubles the processing capacity of the controller itself, which improves tracking precision and thereby speeds up both read and write operations. Each of the drives features 6 Gb/s SATA connectivity."

Since Western Digital is improving their HDD quality, would you still buy their HDD or just get a SSD instead?

"Intel lent us six SSD DC S3500 drives with its home-brewed 6 Gb/s SATA controller inside. We match them up to the Z87/C226 chipset's six corresponding ports, a handful of software-based RAID modes, and two operating systems to test their performance.
Intel hasn't launched any desktop-oriented drives based on its own SATA 6Gb/s controller yet. Those are reserved for some of the company's more enterprise-class SSDs. Both the SSD DC S3700 and S3500, which we reviewed in Intel SSD DC S3700 Review: Benchmarking Consistency and The SSD DC S3500 Review: Intel's 6 Gb/s Controller And 20 nm NAND, benefit from the processor's exceptional consistency, even if that latter model is better suited to read-heavy applications.
We're actually seeing an increasing number of drives similar to the SSD DC S3500, which are built to handle very specific workloads. Comparatively lower prices and solid performance in the applications they're designed for make up for the fact that all-around utility isn't a selling point. Given what you save on the initial investment, it's cheaper to simply tear the old drive out when it fails and pop in a new one. In certain environments, that's actually preferable to spending big on a high-endurance SSD from the outset, which may never need the pricier enterprise-class storage inside."
Link to the entire article: Six SSD DC S3500 Drives And Intel's RST: Performance In RAID, Tested

"Samsung Electronics, a leading maker of solid-state drives, has announced that Samsung's SM1625 SSD, a high-performing solid state drive with high density and low power consumption has been certified by VMware as an optimized solution for VMware Virtual SAN.

The SM1625 SSD, Samsung's first dual-ported SAS SSD – available in densities of 100GB, 200GB, 400GB and 800GB – has been certified for VMware Virtual SAN for use in data centers and other enterprise applications. VMware Virtual SAN is a new offering that allows customers to pool server disks and flash resources to create a resilient, high-performance and dynamic shared storage solution for virtual machines."

"Seagate Technology, a leading maker of hard disk drives and storage solutions, has announced that it will be demonstrating its next generation  heat assisted magnetic recording (HAMR) technology at Ceatec 2013 trade-show. Pushing the boundaries of magnetic recording, Seagate’s revolutionary HAMR technology is poised to power an astounding 20TB drive by as early as 2020.

“The world is generating an astronomical amount of data annually and that data needs to be stored. We are approaching the limits of today's recording technology and with HAMR technology, Seagate is on track to continue to increase areal density delivering hard drives with the lowest cost per gigabyte and reaching capacities of 20TB by 2020,” said Mark Re, Seagate's chief technology officer."